“Realizing the lack of a completely authentic comic strip story of a metropolitan began October 1953 police force in action, the producers of the famous Dragnet program including creator Jack Webb, have arranged for the presentation of their stories in picture form.

“The series will go behind the scenes with Detective Sgt. Joe Friday and his partner.”

The Miami Daily News at least implied that they published the Dragnet comic exclusively though the ad that followed the radio show didn’t suggest that. The comics would, in return, have ads for the times and local stations where people could see or listen to the show. 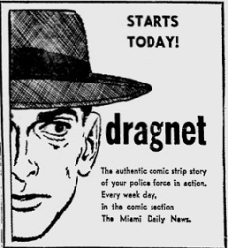 The comic-strip is said to have run 1953-1955 and could be found in multiple newspapers.

“The stories in Dragnet are true complete and authentic in every sense. Every incident in the comic strip is carefully checked and receives police approval for authenticity.” 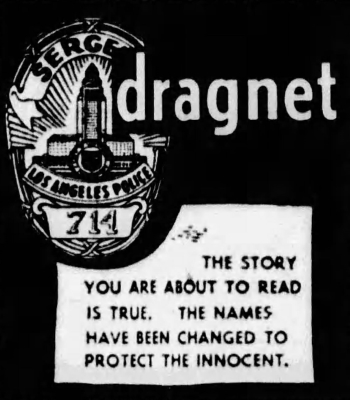 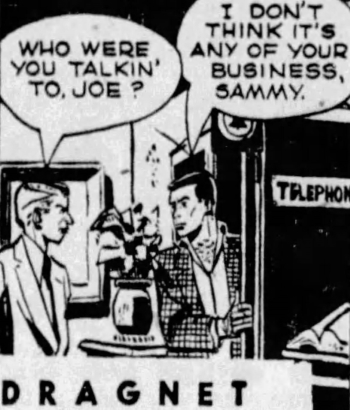